In the previous installment you learned how to get to know your mixing tools like the back of your hand. But knowing how audio processors work doesn't necessarily mean that you know how to mix! Indeed, it's been almost three years since we started exploring mixing basics. However, I think I have never actually put forward a clear and simple learning method for this complex art... Better late than never!

Do you remember those days when you were sitting on your bench at school and the teacher would start teaching you things by asking questions? Obviously not, because the usual learning process is first you take a lesson, then you practice and in the end come the questions.

Using a more amusing analogy, let's translate that into the musical world and how you learn to play an instrument. Once again, nobody starts out by playing live on stage or writing hits right away. You first need to take some lessons, then practice (scales, playing techniques, rehearse, etc.) and only afterwards you get to play on stage and write smash songs. 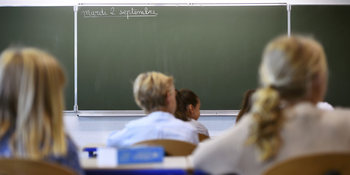 Well, as you've probably guessed by now, the goal of this article is to get you to understand that the same applies to mixing. If you consider this series of articles as the lessons and the mixing of one of your tunes as the equivalent of playing live, you'll realize that we are still missing the chapter dedicated to exercising. As vast as it might seem, the topic can be split into three stages, in my opinion.

First of all are the basic exercises related to the assimilation of scales and other playing techniques. In a way, you've already done this when getting to know your tools. However, this time the idea is to focus on the sound you want to achieve rather than on the tools themselves. And that's pretty easy!

Pick an audio track and try to apply to it all the different techniques you saw in the chapters dedicated to EQing, dynamics processing, etc. In other words, take a bass line and try to make it more punchy or rounder with your favorite compressor. Once you're done, try to do the same with another type of audio track (snare, vocals, etc.), another music genre and/or another tempo.

Alone with that you have plenty to entertain yourself... and that's only the beginning! The next step is to work with two tracks at the same time: bass/kick, vocals/guitar, etc. The goal this time is for you to exercise the idea of contrast I've mentioned elsewhere before. For instance, you could play with the contrast making one of the elements seem farther away. That would obviously mean the other one seem closer. Try to do this fiddling only with volume, pan, EQ, and compression. Then add some reverb and/or delay to fine tune everything. Afterwards you obviously need to practice with different instrument couples, genres and tempos.

And that's it for today. Next week we'll look into the two other stages of this exercising program. Meanwhile, you've got plenty to entertain yourself with!