Last week I told you about the basic exercises you need to practice in order to start your way into the complex art of mixing. But that was only the first part, obviously. Before you sit down to mix your own masterpieces, there are two other exercises you should consider very seriously.

I can still perfectly recall the first songs I learned when I started out playing guitar in the mid '90s. As a big fan of Jeff Buckley, my fingers were utterly incapable of playing the intro to Grace, so I had to settle for The Cranberries' Zombie or the arpeggio of Don't Cry by Guns N’ Roses. Furthermore, I had really convoluted songwriting ideas back then. But once again I had to make do with much more simple songs, inspired mainly by "classics," before I could actually perform accurately the über-elaborate chords that roamed my head.

What does that have to with anything, you ask? Well, it just so happens my friend, that you will have to follow almost the exact same path to be able to realize your mixing visions.

After all, imitation is one of the best ways to learn to do something. Hence, for instance, the aspiring guitarist in me learned his chops rehearsing covers. 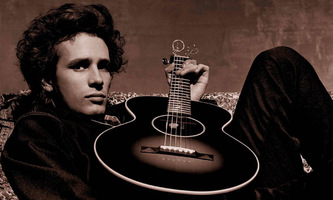 And when it comes to mixing, the budding audio engineer has to follow a similar path, even if it's not that obvious how to do it at first glance. The best way would be to gain access to all the raw tracks of well-known songs to try to get a mix that's as close as possible to the original. However, even if it is possible to get online the stems of several monumental tracks, like Bowie's Moonage Daydream, the offering is very poor, not to mention the questionable quality of the source files.

Fortunately, there are some sites that provide access to the multitracks of little known songs, covering all sorts of music genres, whose mixes are pretty decent. I won't make a pitch for any of the commercial platforms out there, but a simple search ought to point you in the right direction. That said, you might want to take a look here – a site which offers tons of freely available songs and I'm pretty sure you can find something of your liking, regardless of your musical tastes.

Do note that it's better if you approach this copycat exercise progressively, which means you should start with simple mixes and increase the difficulty as you go along. In other words, do not pick up a song with 99 tracks as your first exercise. Choose "simple" mixes and whenever you feel comfortable with them move on to more complex ones.

Once you've got enough experience with this exercise, your next step ought to be, once again, similar to that of a budding guitar player. Before you decide to plunge into the mix of one of your masterpieces, whose unbridled originality haunts you at night and which will surely revolutionize the music world for years to come, first focus on one of your more "conventional" tracks and don't hesitate taking inspiration from the great classics. Doing that you will develop your "audio instinct," which will allow you to capture the most fabulous sounds you ears can get a hold of.

Join me next week to read the third and last part of this chapter dedicated to learning to mix.