Proven Ways to Enhance Your Vocals

So what’s the best way to record vocals these days? The answer, of course, is that anything goes if it gives the sound you want. Following are some of the possibilities.

The tools of the vocal trade have undergone as dramatic a transformation as the recording process itself. Microphones are better and cheaper; today’s “budget” mics sometimes outperform the champions of yesteryear. Preamps, whether tube or solid state, have noise levels that are measurable only with the most sensitive test equipment. Processing gear ranges from “vocal strips” dedicated solely to vocals, to technologies such as pitch correction and modeling that mimics the characteristics of particular “signature” mics and preamps (Fig. 1). Compressors, reverbs, and even vocal booths have all enjoyed the results of technological progress. 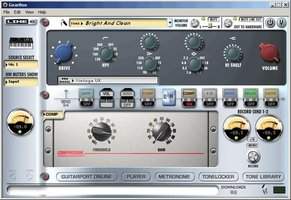 Few topics inspire more debate than choosing the optimum vocal mic and preamp. But note that a mic and preamp combination that sounds great with one vocalist might not work with another. Case in point: Once while recording, my voice was recorded with a sub-$100 dynamic mic and a $995 condenser mic. The unanimous agreement was that the dynamic sounded better.

Was it because the mic was “better”? No. From any objective standpoint, it was inferior. But it had some response anomalies that flattered my voice. The condenser mic was accurate, but my voice didn’t need accuracy: It needed a high-frequency lift, and warmth from this particular mic’s pronounced proximity effect (i.e., the tendency of many mics to produce more bass as you sing closer to them).

I sometimes wish that all mics looked the same, and had no labels on them. That would force engineers to take a fresh approach with every session. It’s too easy to rely on using old favorites—the assumption is that the mic that worked great on the last session will be equally good on the current session, but that isn’t always true. Furthermore, there’s a matching issue between mics and preamps, so mic X might sound great with preamp A and not so great with preamp B.

Bottom line: Try every mic with a vocalist, record the results, then choose whichever one sounds most appropriate. I suggest comparing two mics at a time to prevent “option overload”: Choose the best of each pair, then have a runoff among the winners.

What’s far more important than the gear you use is the performance. While it may seem gear has little to do with this, gear can help create an environment that brings out the best in the vocalist. We’re not talking about just dimming the lights to improve the mood, but working in a way that fits the vocalist’s style.

For example, loop recording—where you record multiple takes one right after the other, and each take gets stacked in a new track or track layer—is great for having several performances from which you can choose. But some vocalists get nervous when the music never stops, as they need some breathing space in between takes; others just seem to build as the music keeps going around. Does the singer like having a long lead-in before the part to get psyched up, or prefer to jump right into it? Find the answers, and set up your gear accordingly.

One of the all-time proven techniques for creating thicker vocals is to have the vocalist double a line by singing along with the original take. The doubled take is usually mixed behind the main line at anywhere from –3 to –10dB.

However, sometimes it isn’t always possible to cut a doubled line—like when you’re mixing, and the vocalist is on tour somewhere. For these circumstances, here’s a quick workaround.

If you’re using a plug-in and there’s a feedback parameter, set it to 0. If delay time and modulation are available, try modulating pitch very slowly over a range of about 3 to 15ms. This adds a bit of variety. Also, bring the doubled track down so it doesn’t compete with, but instead complements, the lead vocal. Of course, these are just suggested settings that work well with my voice; adjust to taste.

For the thickest sound, pan the two vocal tracks close to center. If you pan one vocal full right and one full left, you’ll hear two individual vocals instead of a composite effect (which may be what you want). 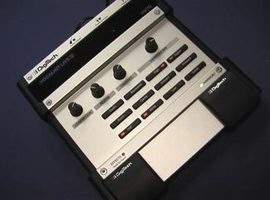 In general, singing harmonies sounds most natural. But sometimes, pitch shifters—because they’re not perfect—add timbral and timing imperfections that actually sound better for some applications. Not only are there software solutions (which we’ll describe shortly), but hardware vocal processors from companies like DigiTech and TC Electronic. For example, while the DigiTech VL2 (Fig. 3) and VL4 are designed for live use, they’re well-suited to generating harmonies and processing vocals in the studio.

Next, here’s an example of creating harmonies using Sonar’s V-Vocal processor (the principle is the same for other programs that do pitch correction, such as Celemony’s Melodyne, and the pitch corrections options in MOTU’s Digital Performer). Referring to Fig. 4, there are two tracks of vocals: The one peeking out of the upper left is the original vocal, while the one below it is a “cloned” version. The cloned track has been turned into a “V-Vocal” clip, which means it can be processed using the V-Vocal pitch corrector. 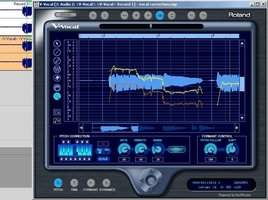 Referring to V-Vocal itself, superimposed on the waveform are two lines, one red, and one yellow. The red line represents the vocal’s original pitch, while the yellow one is a curve that was “re-drawn” to change the pitch and create a harmony. Yes, it really is that simple—you just change the pitch until you get the harmony you want.

Standard pitch shifting cautions apply: The further you stretch pitch, the less realistic the sound. However, V-Vocal does include a way to alter the vocal “formants” (characteristics) to give a more natural sound for transposed vocals. Then again, you may not want to preserve the original formant sound, but instead have a bit of the “voice-on-helium” effect that comes from upward pitch shifts, or the Darth Vader-type deepening that comes when you shift downward.

Cutting and pasting has benefited vocals, as you can do multiple takes, and splice the best parts together to make the perfect “composite” vocal. Some producers feel that stitching together vocals doesn’t produce as natural a “feel” as a take that goes all the way through from beginning to end, while others believe that being able to choose from multiple takes allows creating a vocal with more range than might occur with a single take. If you want to try composite vocals, here are the basic steps. 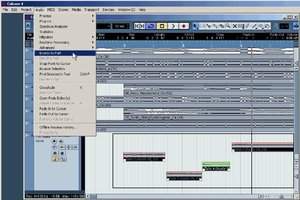 With doubled vocals, sometimes the two vocals work together perfectly except for an occasional word or two. Rather than recut or overdub the doubled vocal, a workaround is to copy the same section from the original (non-doubled) vocal. Paste it into the doubled track, but delay it by about 20-30 ms. As long as the segment is short enough, it will sound fine (longer segments will sound echoed; this may work, but destroys the sense of two individual parts being played).

Compression has other uses, like giving a vocal a more intimate feel by bringing up lower-level sounds. No matter what your application, though, don’t squeeze the dynamics so much that you also squeeze the life out of the vocals. Here are some tips on optimum compression settings. 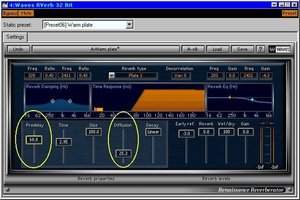 Nothing “gift wraps” a vocal better than some tasty reverb. My favorite reverb for voice is a natural acoustic space, but as reverb rooms are an endangered species, you’ll likely use a digital reverb. Reverb settings are a matter of taste, but two parameters are particularly important (Fig. 7).

Diffusion: With vocals, I prefer low diffusion, where each reflection is more “separated.” Low diffusion settings often sound terrible with percussion, as the individual echoes can have an effect like marbles bouncing on a steel plate. But with vocals, the sparser amount of reflections prevent the voice from being overwhelmed by too “lush” a reverb sound.

Predelay: This works well in the 50-100 ms range. The delay allows the first part of the vocal to punch through without reverb, while the more sustained parts get the full benefit of the reverberated sound.

Boosting EQ in the upper midrange (around 3 – 4kHz) adds intelligibility and “snap” to vocals. Here’s a variation that adds a bit more animation to the sound.

Place an envelope follower plug-in in parallel with the vocal track (if needed, clone the track to provide a paralleled sound). Set the filter to cover the range of around 2.5 to 4 kHz, and adjust the envelope to follow the voice. Mix this well behind the voice, otherwise the effect will be too obvious.

As the vocal progresses, the shifting EQ frequency highlights the upper midrange, but in a dynamic, changing way. If you notice this change, the filter is mixed in too high—the effect should be very subtle, and noticeable only if you isolate the vocal track at relatively high volume. But try it—this can add a liveliness to vocals that’s impossible to obtain otherwise.

Hopefully these tips have given you some ideas that will result in better vocals. Just remember that the voice is the most intimate of instruments, so take care of the performance first—almost any gear can sound good if the performance is good enough!