After having gone through the critical listening sessions under your normal working conditions, the time has come for some retouches. That's why today I will show you a method that ought to make your life easier at this stage.

If you followed my recommendations on the "The hour of truth for your mix," you should have a written record of the issues you detected during the critical listening, as well as markers pinpointing where those issues are along the timeline of the song. Which is all very nice, but identifying a problem doesn't automatically fix it. So, what can you do then? The methodology I recommend is relatively easy to put into practice, as long as you have followed another of my recurrent suggestions, namely the export of your mix after every important stage.

If that's the case, then you only need to do as follows: 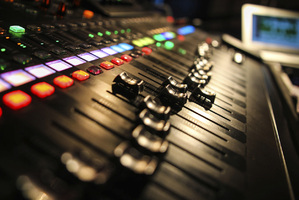 Once you've gotten a hold of this method you'll see that it's incredibly effective and much faster to put into practice than it seems. But be careful! To make sure that the retouches are adequate you need to be aware of the "louder is better" syndrome when listening to the previous stages. Chances are that your mix has gotten louder after every stage, especially when you were dealing with the dynamics. So always listen to the different stages at the same loudness. To do that you could, for instance, use the free version of the excellent 4U+ BlindTest plug-in by HOFA Plugins I told you about last week.

To wrap up this first retouching session you need to go through another critical listening session to make sure all issues have been adequately taken care of.

I'll make a final remark before I let you off... If during this retouching session you find yourself having to rectify your mix left and right that's not a good sign and most surely indicates that the problem goes much deeper… In such cases, and as tough as the decision might seem, it's probably best to start over with the mix right from the beginning. I know it's no matter for rejoice, but it's definitely better to make sure there are no problems from the get-go than to waste your time trying to fix them later on, as they keep on stacking up with every stage.