How to tell when a mix is done?

Today I'll try to answer a question seldom addressed on the web, but which nevertheless is crucial: how to know when to call it quits...?

This is a question nobody asks in professional environments. For small productions the budget will be the one that marks the end of the mixing sessions at some point. But when it comes to big productions with deep pockets, it will be usually the executive producer/artistic director who will decide when the mixing is done, depending on his/her satisfaction with the results. But in a home studio it's a whole different story. There are mainly two situations: on the one side there are the musicians/budding engineers who simply stop because they've burned out after listening over and over to the track, and on the other those who never stop drilling the mix in their quest for the ultimate (and impossible) perfection. It's obvious that none of these approaches will result in a satisfying result: in the first case because the song won't have the proper treatment and, in the second, because the excess of zeal will only be counterproductive. But then, how to know when to stop?

Well, as usual when it comes to artistic – and hence subjective – appreciation there is unfortunately no definitive and universal answer. The perfect mix for some might be a mediocre work for others. Even in the professional world. As way of example, I'm a big fan of Nigel Godrich, audio engineer/music producer for the likes of Radiohead, Beck, Air, The Divine Comedy, Paul McCartney, and R.E.M., to name just a few. Well, a friend of mine who's also an audio engineer, and whom I respect a lot as such, thinks that the mixes of Mr. Godrich are rough mixes at best... go figure! Different strokes for different folks!

To cut the story short, it's really hard for me to help you out with today's topic. And, in fact, I would like to know how you guys approach this, so don't be shy and write your comments below! In the meantime, this is the way I do it, which I hope helps some way or another...

As I've mentioned above, when I work for other people, it's not really me who says when to stop. But when it comes to my own personal projects, I'm the captain of the ship. Being a perfectionist at heart, I obviously have a tendency to tinker with the slightest detail, which always caused me to delay finishing whatever I did. It was such an unpleasant situation that one day I decided to have a serious talk with myself to find out why I didn't have an issue finishing other people's tracks but I just couldn't bring myself to doing the same with mine. This reflection led to my first observations.

First of all, I realized that the emotional relation between creator and creation wasn't helping me at all. I could sometimes go nuts trying to fine tune the tiniest details or I simply avoided making "radical" decisions because I didn't want to "deform" this or that sound in favor of another one, even if it would benefit the song as a whole. 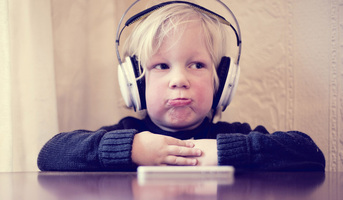 Then I realized that, the more I thought about it, the more I became aware of the fact that the mixes I delivered my clients weren't necessarily finished, in the absolute sense of the word. If I had had more time to work on them, I would've done it! But in the end, they were finished because I didn't have a choice.

Finally, I also came to realize that even though those mixes weren't perfect, it didn't really matter. At the end of the day, all my clients were satisfied with my job. And with hindsight, I can sit back and listen to those mixes as a simple listener and enjoy them without being disturbed by any of the eventual mistakes still present. What's more, I can't even hear them unless I really focus.

All this led me to the following conclusions:

Firstly, when I have the resources I have someone else mix my stuff. I already mentioned this in another article of this series, so I won't go into any details here.

However, I'm not a millionaire, so when I don't have any other choice I take on the task myself. But in order to try to gain some perspective, I space as much as possible the creation/songwriting/arrangement sessions from the recording ones and the mixdown sessions. This way my brain is always fresh to approach the task more calmly. And to come back to the topic of today's article, the same applies to validating the final mix. I always take at least one day between the final mixing session and the validation. Furthermore, the same way I do with any other client, I set myself deadlines that I strive to respect as I would if I were working for someone else. For that to work you obviously need to set a realistic schedule considering your expectations and goals... which is something we'll come back to in a future article.

To finish, I must concede that it was hard for me to accept that nothing is perfect, and it's good so! So when I get to the point that I can listen to a mix as a simple listener without anything really bothering me, I know it's time to call it quits and move on to something else.

And that's it for today. See you next week for some new adventures in mixing!