Recording the snare and kick at the same time

In this new installment dedicated to drums recording I will reveal a technique that will allow you to spare one mic and one track when close miking the kick and snare.

To kill two birds with one stone

One mic for Mono Room, two for overheads, two more for the snare, plus two for the kick,...! Right..but let's face it, not everybody has such a set of mics, not to mention the preamps, audio interface inputs, or even the cables and mic stands required. In short, in certain situations you might want or need to reduce the number of mics without sacrificing the quality of the end result. Well, would you believe me if I say that you can replace the Kick In and Snare Bottom with a single microphone without too many negative effects. Isn't life beautiful? 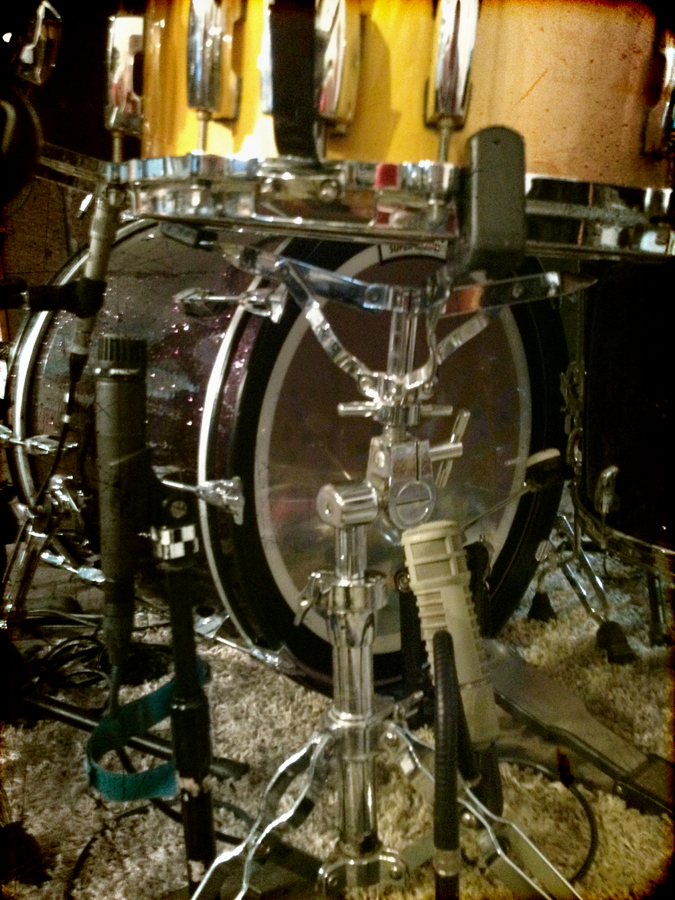 To put this clever technique into practice, we used a high-end dynamic, large diaphragm cardioid mic, namely the Electro-Voice RE20. but you can get similar results with other mics, like a Sennheiser MD 421 or even a small diaphragm, condenser mic like the AKG C451 B or the Oktava MK-012.

The secret of this method lies in the placement of the mics. You need to find the right spot between the bottom of the snare and the impact point of the kick drum's beater. This means the capsule doesn't aim directly at any of these elements, as you can see in the pictures. However, the mic ought to be placed low enough so that the sounds it captures are the least off-axis as possible. To find the right spot I recommend you to listen to this mic together with the Snare Top and Kick Out mics. And don't forget to check for any phase issues! If the snare or kick sound like a cardboard box, reversing the phase of this mic will most probably fix the problem. And if it doesn't, go back to rethinking the position of the mic. Or you can try moving the Snare Top or Kick Out mics. Don't cut any corners when it comes to finding the best balance between these three mics!

If everything goes well you should get something like this:

And mixing in the Snare Top and Kick Out mics you ought to get something like this: