Last installment dedicated to the kick drum from the chapter on recording drums. Up to now we have been focusing exclusively on our own audio clips, but I'm well aware that not everybody has access to the same mics we did at the studio where we tracked the drums. That's why today I intend to review the different alternatives available to close mic your bass drum.

Kick out the jams

I won't dwell too long on the Kick Sub because, on the one hand, there are only a couple of commercial models available and, on the other, you can find lots of DIY tutorials online. What's more, you can actually do away with this track with the "layering" technique, as we'll see in a future article.

So, with this in mind I'll focus on the other two mics, starting with the Kick Out.

There are tons of dynamic mics perfectly suited to the task, so it would be somewhat useless and naive to try to put together an exhaustive list. Hence, I'll limit myself to the classic, tried and tested mics most commonly used: 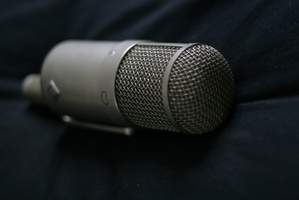 For a very "precise" sound or if you are looking for more "delicacy" to capture the details of the playing, you can resort to a cardioid mic as long as it can handle high sound pressure levels. I, for example, have gotten pretty surreal results with an AKG C 414 B-ULS, even though it was definitely not conceived for this. But if you have the budget, I can't recommend enough the uncontested king in the matter: the famous Neumann U47 FET.

Oh, and don't underestimate what you can achieve with a ribbon microphone! The roundness that characterizes these mics can be a real asset if you are going for that kind of sound. But be careful! Ribbon microphones are particularly fragile and usually can't handle such high SPLs So you'd better not point it directly to the drumhead of the kick. If you tilt it at an angle of 45º with the ground you shouldn't have any problems. For the task at hand, I would recommend the Beyerdynamic M 160. And a Royer Labs R-121 would also do a good job, even though I would rather use it as the Mono Room if I have one.

Now, for the Kick In, we used a Shure 819, a pressure zone mic, for the recordings. But I know this kind of mic isn't usually part of a beginner's home studio kit. However, you can always use a dynamic cardioid mic to replace it. All the dynamic mics cited in the paragraphs above would do a fine job, but I would add two other classic mics to that list: the Sennheiser MD 421 and the relentless Shure SM57. While these two mics won't be able to capture the entire complexity of the sound of the kick, if you use them together with a fat Kick Out mic, they will provide some of the much needed crisp to the attack if you place them correctly… 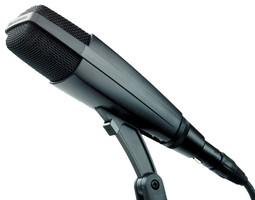 By the way, now that I mention it, the PZM we used was carefully laid inside the kick during tracking. But it's obvious that a dynamic mic placed like that won't give you good results. With such mics it's best to put the capsule as close as possible to the drumhead, from the inside, obviously. If you aim it at the beater you will get a more "piercing" click, whereas if you aim it somewhere between the rim and the point of impact you'll get a more "compact" click.

Do note that if the kick drum you are recording doesn't have a drumhead with a hole on the front, you can always "cheat" an place this mic outside, on the beater's side. But you need to consider several things in this case: first of all, the mic should never intervene with the drummer's playing comfort. Second: make sure that the pedal itself and/or the drum throne don't make too much noise. If that's the case, you'll need to grease them. And finally, pay attention to the drummer's pants, so that they don't make too much noise either. I know that's sound pretty silly, but trust me: the noise of rubbing jeans can really ruin a take... Could that be the reason why so many drummers wear shorts when they are playing?

See you next week for some new adventures in recording!