Today I ask you to join me in this somewhat particular article where I'll discuss something that's a bit off topic but you nevertheless ought to always bear in mind: accidents in the context of music creation.

I'm never wrong, except when I am

Nowadays, technology allows you to undo almost anything you do, right or wrong. While that's somehow reassuring, is it always a good thing? Do we really want to achieve an apparent perfection by doing away with all mistakes? For me, the answer is clearly no. Here are a couple of examples to prove my point:

The intro to The Police's famous Roxanne is a textbook case. First of all there's the tape recorder speed error, which alters the pitch of the guitar during the first seconds of the original master. This accident was unfortunately corrected in the following editions, but I still prefer the original version due to this imperfection that makes the mix special. And that's not the only mistake in that intro! There's also the famous piano chord and Sting's laughter, whose surprising origin you can read about here!

And when it comes to bloopers of all sorts, the recordings by the Beatles and the Stones are a true goldmine. To cite only one of the most famous ones, there's that story about the drums on Hey Jude, which you can read about following this link. A bit closer to us is Nirvana's Polly, where Kurt Cobain gets a bit tangled up during the third verse. And even more recent is Olivia Merilahti's awkward breathing in the intro to the sublime Dust it Off by The Dø. 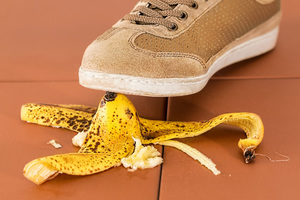 There are tons of such stories regarding music creation. These "mistakes" could've been easily corrected and I'm pretty sure the hits in question would've become just as big. However, these mistakes contribute to the "live" feeling the songs convey. And what can you learn from this? That you should be particularly aware of such blunders, at every stage of a production. Every now and then, it's precisely these small details that make a song fantastic. It would be a pity to lose that due to overzealousness. Besides, it can always be a good story if you ever happen to be asked about it during an interview.

But don't get me wrong, I am not saying that you shouldn't retouch anything! Technological developments in the audio world now allow you to get results that were unthinkable some years ago and I must admit that it's very practical for our everyday life. But sometimes, better is the enemy of good enough. Mistakes and accidents are part of life. Even if it's very human to try to do away with them whenever possible, you should be careful not to end up with a work that's so sterile that it simply lacks any charm.

Join me next week to read the next to last part of this series dedicated to mixing.

Log in
Become a member
Viewers of this article also read...
learning Mixing with Myself…or Not!
learning Give it a twist
learning How to Know When Your Mix is Finished
learning Demystifying Latency
learning Award-winning mixer Michael Brauer talks techniques, gear and more
learning Working at the source
learning Tidy up!
interview Headphone mix for the singer - Part 4
interview Headphone mix for the singer - Part 1
Voir tous les dossiers