Give it a twist

For this penultimate episode, I will show you some tricks that might end up disrupting your daily routine and spicing up your mixes. This article is obviously addressed to people having already some experience and who wish to break away from their habits and explore new horizons. If that's not your case, I recommend you to work in a more "traditional" way first to be able to make the best out of the advice I give below.

As a frequent reader of this series, I assume you've been mixing and remixing your masterworks every week following the publishing of these articles. After almost three years of doing that, chances are you have developed your own mixing workflow and habits by now, which is a good thing. However, in the long run you might also feel that you are going around in circles. As soon as your "sound signature" begins to weary you, you should adopt an approach that allows you to liberate yourself from your habits – and when I say "approach" I mean both psychic (point of view) and physical (tools) constraints, which will force you to tackle your mixes from a different angle, inevitably stimulating your creativity. The number of approaches is by definition infinite, so it will be useless to give an exhaustive list. That's why I will only cite those I like the most. 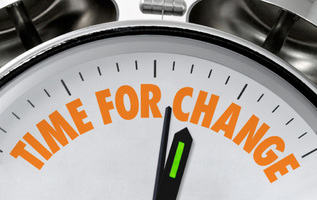 First of all is the method you could call mixing genres. This great classic is based on an extremely simple, but very effective principle: mixing a song of a given music style applying the production techniques of another style or another era. For example, I have gotten surprising results mixing a metal song as if it were a reggae one. And I was surprised recently when I decided to mix an EDM track as if I was back in the '60s. I guess you get the idea.

Another way to break ranks is to change your software tools from time to time. Personally, I frequently impose on myself bizarre constraints like mixing exclusively with freeware, not using a single compressor, using only delays instead of reverb, or even mixing without an EQ. I must admit that the quality of the results varies, but it pushes me to be creative. And even when the results are dubious that doesn't mean that the new ideas generated won't prove useful for another project. I still recall that one time I forced me to mix with Ableton Live using exclusively the built-in plug-ins (I used to work with Pro Tools back then). The first attempt wasn't too convincing. But this experience allowed me to use Ableton's superb software on another song where its particular features worked wonders!

The last trick I'll mention has to do with human nature: our emotional instability. There are days and days. Some days you are happy or sad, raging, apathetic, full of energy, fearful, adventurous, etc. And like it or not, these moods affect everything you do, which obviously applies to your mixes, too. Consequently, mixing a song several times under different moods will necessarily result in different variations of a same mix. This can be particularly interesting when you try to bring together several of these variations. My last mix, for instance, combines three versions: one where I wasn't really at ease with myself, which I used for the verses, another one where I was euphoric, for the choruses, and a third one where I was rather happy, for the outro. It obviously took me a bit of work to keep the "collage" within reason, but it was certainly worth it.

I hope these tips have sparked your imagination and you won't dread using similar methods to outwit your lack of inspiration. Oh, and if you feel like sharing your own "recipes" for success, you are more than welcome to do so in the comments below.