The time has come to put an end to this series of articles dedicated to the art of mixing. In this installment, which is unlike any other so far for obvious reasons, I invite you to take a look behind the scenes followed by a very personal "best of." But what would you say if we have a musical interlude first?

When I first bumped into Audiofanzine in the dawn of the 21st century I was only a young musician wanting to learn more about computer music to be able to produce my own songs like the big stars. If you had told me back then that some day I would end up writing articles for the site that helped me get my act together, I would've laughed in your face. And even when I started preparing the plan for this mixing guide, I would've never imagined that what I called "a long trip" in the first article would, in fact, run three years long. 147 episodes, over 90,000 words, almost 300 pages of raw text… Even if criticized over and over again, it was precisely the paused rhythm of the series that allowed me to produce this "brief encyclopedia of mixing." Not to mention the pedagogical benefits, giving enough time for everybody to be able to assimilate the concepts explained. I must admit that I'm pretty proud of the overall result. And as you can surely imagine, this adventure wouldn't have been possible without the precious help of many people I would like to thank!

For starters, I would like to thank the entire Audiofanzine team, from the developers to the marketing department, management, translators, and, obviously, Philippe Raynaud, alias Psycom, the mastermind behind AF. Without your work none of this would've been possible. 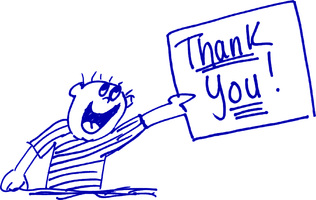 I would like to thank specially the editorial team, in particular our Chief Editor Grégoire Nachbauer — aka Red Led. I've had the opportunity of working with different editorial teams for several years and I have never felt so free and supported as here. Thank you for your confidence in me, Grégoire. I certainly hope we can keep on working together for a long time!

And even if they will never read these lines, considering the audio world is not their world, I would nevertheless like to stress the importance that my close family and friends have had in the development of this story: Math, Nana, Baptistou, Garance and all the rest otherwisef you, thank you for believing in me day after day.

As for my better half, my everything, my love... what can I say? She is the one that got me writing all those times when I was lacking the drive. Sometimes she would even write the first drafts when I didn't have the time or the strength to do it. And, once again, it was her who would help me calm me down and put things into perspective whenever a comment in the forums would get me fired up. My eternal gratitude is nothing compared to all of this. Thank you for always showing me the light, my darling.

Finally, I would also like to thank all Audiofanziners out there reading me week after week! This madness wouldn't have been possible without you. Your encouragement, comments and constructive (and not so) critiques in the forums are also responsible for the quality of my work here. I can only hope that you got something useful out of all of this. It was a real pleasure for me, even if not always easy. And I have also learned quite a bit from your comments. For this and all the rest – thank you!

And I think that's about it.. But I do apologize to the few people I could have forgotten. I will make it up, I promise!

Enough sentimentality. It's time to wrap it up…

Damn, is it hard to close the door! I feel like I still have lots of things to write, even though I know we've about covered almost everything there is to talk about. Maybe it has to do with the fact that, as with any artistic expression, there is always so much to learn... Anyway, I can't hide the fact that it feels somewhat odd. But since I must really call it quits now, I think a brief collection of my favorite articles is a good way to say goodbye. If I had to pick some parts in particular, I would choose those that really made me improve myself. Who knows, maybe it was the same for you...?

I'll start with the first part, from the very first article to article 13. I call this relatively abstract section "Philosomix." There are lots of concepts in there that I would've loved to have known when I was starting out, because when I discovered them, they literally revolutionized the way I mix.

Then there are some "theoretical" articles I find particularly interesting: articles 14 & 15 on EQ, 26 on compression, and my remarks in articles 76 and 77. The entire chapter dedicated to automation (102 to 120) is also very important, especially considering it's something beginners never pay attention to. The next chapter, dedicated to critical listening (121 to 131) is crucial, in my view. And, finally, the three articles I dedicated to learning (140 to 142) won't do you any harm, quite the opposite.

But my own personal favorite is article 4. The topic is, arguably, not the most important but it's certainly the one single installment I enjoyed writing the most.

Oh, and never forget, all this is just a game. So, let's play!

Log in
Become a member
Viewers of this article also read...
learning Mixing with Myself…or Not!
learning Summary of the main chapters
learning How to Know When Your Mix is Finished
learning Award-winning mixer Michael Brauer talks techniques, gear and more
learning The Last Note
learning We interview the author of “The Great British Recording Studios”
learning Proven Ways to Enhance Your Vocals
interview Headphone mix for the singer - Part 4
interview Headphone mix for the singer - Part 1
Voir tous les dossiers
Similar topics